Since the moment I was ripped from my mother’s womb, I’ve been an outcast amongst my own kind. The Sidhe might possess magical Gifts, unbelievable wealth and unfathomable power but I don’t want a thing to do with them. I ran away from their lands in the Highlands of Scotland when I was eleven years old and I’ve never looked back. I don’t need a Clan. I’ve got my own family of highly skilled thieves who mean more to me than any Sidhe ever could.

Unfortunately for me, the playboy heir to the Moncrieffe Clan has something I desperately need. To get it back, I’m going to have to plunge myself back into that world, no matter what the consequences may be. I suppose it’s just as well I have sense of humour. I think I’m going to need it. END_OF_DOCUMENT_TOKEN_TO_BE_REPLACED

Synopsis: Around the world, people die under mysterious circumstances. Each branded with an arcane sign, they are pieces of a jigsaw puzzle. When more people are missing, with similar signs appearing in and around their homes, Jason, an average New Yorker, realizes the victims are a riddle addressed to him.

He is the final piece.

Emily appears, the most beautiful woman with extraordinary powers and startling amber eyes, and tells Jason that powers dormant within him are about to wake. In the world of Light- and Darksighted, he is the only person who can prevent Darkness from enslaving the world. He is the Beholder whose advent has been awaited for many years.

Setting out on a journey with Emily, Jason discovers many improbable things like Sight, Soulfusion, the Hall of Refuge, but the greatest surprise arrives the moment he realizes he has fallen in love with Emily. END_OF_DOCUMENT_TOKEN_TO_BE_REPLACED

Synopsis: How would you react if your wife, stepson and baby daughter were murdered in an arson attack and the arsonist was tried and acquitted on a technicality? How would you feel if DNA evidence proved the arsonist’s guilt, but the 800-year-old laws of double jeopardy meant that he couldn’t be retried?

This is a story of obsession, revenge and justice. James Hamilton meets and falls in love with Lynne Burrows, whose ex-husband Nick is a violent, drug-dealing control freak who will not accept that their marriage is over and continually harasses her, and questions their eight-year-old son Georgie constantly about Lynne’s relationships. After Lynne falls pregnant again with James’ child, Nick abducts Georgie and flees to Florida. James and Lynne trick him into returning voluntarily and Nick is arrested on landing at Gatwick. He’s charged and sentenced to seven years.

James and Lynne marry and live a life of bliss for two years, until there is an arson attack on James’ holiday cottage. Four months later, the police charge a small-time criminal and drug dealer. Despite overwhelming evidence, he’s acquitted and never reveals who is behind the arson attack. The obvious candidate is Nick, but he’s still incarcerated and the police can find no evidence linking him to the crime. Sickened by the judge’s decision, James becomes obsessed with getting justice for his family when he discovers that Lynne has been concealing secrets about her past. Together with a private eye and Lynne’s best friend, he plans the perfect retribution against the perpetrators…

Blazing Obsession shows how powerful revenge and obsession are, and how they can result in fatal consequences. The novel, which combines police procedural, legal drama and amateur sleuth genres, will appeal primarily to crime fans. END_OF_DOCUMENT_TOKEN_TO_BE_REPLACED

After years as a patrol cop, detective Jocelyn Rush is almost immune to the depravity that stalks the meaner streets of Philadelphia…almost. After saving her three-year-old daughter from a carjacking, she ends up in the emergency room—and discovers that Anita, a former prostitute and acquaintance from her old days on the beat, has been hideously mutilated in a brutal assault.

With the help of her partner and Philadelphia’s Special Victims Unit, Jocelyn discovers that Anita isn’t the first victim of these attacks and it looks like she won’t be the last. When the violence hits closer to home, Jocelyn knows she must do whatever it takes to stop the sadistic attacker—even if it means confronting a terrible secret from her painful past.

As part of the Aussie Readers group on Goodreads, I’m participating in the June Challenge – Chilly Cozy Crime Winter! Why don’t you check out the rest of the post to find out how you too can participate! 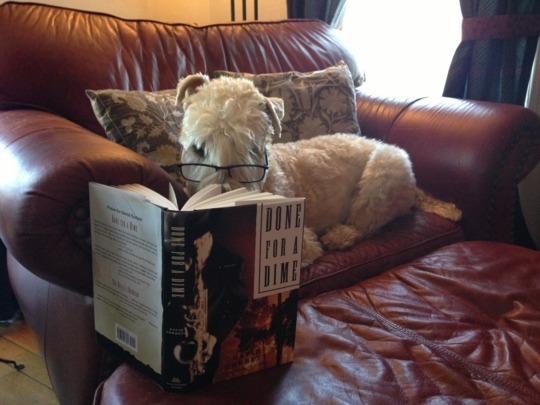