This is book #2 of Dianne’s that I’ve read, Wolf Pear was a very strong, 5 star book, Dianne has kept up the good writing, creative story telling and intricate plots with another enjoyable read.

Synopsis: The first ten questions have already been asked. Who will ask the eleventh?

Fifteen-year-old Arista McGregor is in trouble – she is being bullied at school, her mother is put into rehab and she is sent to live with a foster carer. The foster carer is a vet and Arista isn’t what you would call an animal lover, in fact she’s terrified of the things. Like any teenager she asks questions, but the difference with Arista is that her questions may spark a chain of events that will change the world forever.

END_OF_DOCUMENT_TOKEN_TO_BE_REPLACED 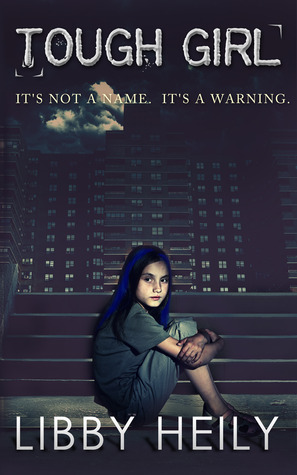 Synopsis: Danger lurks everywhere in eleven year old Reggie’s world—from the bully next door to the unwanted attentions of a creep at school.  Raised by her mentally ill mother, Reggie is left to fend for herself in a rough neighborhood.  She escapes in daydreams, battling aliens with her alter ego, Tough Girl.

When Reggie’s mother disappears, her fantasy life spirals out of control and starts to invade reality.  She is hunted by a creature of her own design, and even Tough Girl is not strong enough to stop him.

Will Reggie survive long enough for her mother to return, or will her dream world take over?

Where to buy: On Amazon in both paperback and on kindle priced from $2.99 the book is also available on Smashwords for $2.99

I don’t really know what to say about Tough Girl.
I kind of feel like I’ve just woken up from a very bizarre dream, the real and fantasy worlds of Reggie’s blurred considerably. Sometimes it was obvious which was which, other times not so much and that became a little confusing.

The book had me second guessing my instincts about characters, plot and even the ending. It forced me to see things like Reggie, the craziness and the reality all mixed in together, and that made for a bit of a strange read. It won’t be everyone’s cup of tea, it’s far too complex to reach everyone on a real level, but at the same time it’s simplistic.

I’m probably just confusing you all, but that is how I feel right now.

The writing was simple and easy to read, there was some great imagery coupled with real-life teen issues (bullying and the like), but it was coupled with some incredible storytelling. The intricacies of the fantasy world was immense.
Initially it reminded me a little of Tahlia Newland‘s work with the bullying and the alternate realism that occurred, but it wasn’t the same style as Tahlia’s work. This was harsher and in some ways more real, but in others not.

A rather confusing review I think, but sadly, that’s what you’re going to get as that’s how I’m feeling right after reading this one.

A couple of things I noticed:

Also, the PDF version provided for my kindle had some very funky formatting issues, which should not be present when purchasing the book.
**NOTE: I was provided an electronic version of this book in return for an honest review**

Bullying is a big deal, Tahlia is helping kids deal with it one step at a time.

Tahlia Newland is tackling today’s big issues. Be they the quality of today’s independently published books or the horrible truth of bullying in the schoolyard, she applies the same pragmatic approach to it. One of a host of reviewers with relevant credentials on the blog Awesome Indies, she constantly showcases fantastic specimens of well written and developed indie books for the reading public. Making a strong social media footprint, she’s on most of the usual sites, so you should check out her blog and profile on Goodreads.

Now, onto the book…

Synopsis: When superhero wanna-be, Carly, stands up to a bully, he turns on her, forcing her to battle cutting words, flying hooks, a doubt dragon and a suffocating closet. Her karate-trained boyfriend, Dylan’s desire to stop the harassment sets off a struggle to control his inner caveman. Meanwhile, Carly searches for inner strength and a peaceful solution. Will she find it before Dylan resorts to violence?

This heart-warming magical realism story offers real solutions for handling bullying that will inspire and empower teens and adults alike.

My thoughts: 160 pages of encouraging and enlightening reading. This took me a few hours to read spanning over 3 days.

Where to buy it: Smashwords in various formats for $2.99 and Amazon for kindle for $2.99

I tossed up between a 3 and 4 star rating for this one. I went with a 4 as you can see. The reason I wasn’t sure was because I felt that the imagery and the fantasy aspect seemed a little too prominent within the story.
Hold up, I’m getting ahead of myself here.

Tahlia has a very strong story here, the characters are realistic, honest and believable. Their reactions are true to being a teenager and the situations they find themselves in is a realistic representation of what a teenager might go through at school. It’s important these days to teach children about bullying and how to deal with it.

An indie book to rival the finished products of the big six, Tahlia should be very proud of the highly glossy polish this book has. If all indie authors could produce this standard of work, the readers of today would be in for a treat!

Now, back onto the story, while there were cliche moments, it didn’t disrupt the storyline. In fact I think some of them helped to solidify the moment in the story and show character growth and development.

Where I took a step back from the story was with the imaginary happenings of the characters, the strange cut scenes that they used to help make important discoveries and growth. They seemed a little too ‘young’ for the story to me. It could be that I’m just not the intended target audience of You Can’t Shatter Me, and as I believe that is the case I overlooked that and bumped up the rating.

This book would be a great one to share with the young adult in your life, be they a son, daughter, niece or nephew. It highlights the bravery required to overcome bullying, but it also teaches them other valuable lessons about self worth and being kind to others. It should be compulsory reading for all Primary and High school kids today.

**Note: I was provided an electronic version of the book in return for an honest review**

END_OF_DOCUMENT_TOKEN_TO_BE_REPLACED

Bullying is a serious issue, one that sadly has a strong hold in the online community, but the term is being thrown around a little too much these days. STGRB is one such group that needs to be careful they don’t cry wolf.

For those of you who don’t know what STGRB stands for (and I didn’t until recently either), it stands for Stop The GoodReads Bullies. From what I’ve read, they are a group of people who have banded together to stop reviewers ‘bullying’ authors in their reviews on Goodreads, Amazon and other writing/book forums.

Now, I’m not saying that there aren’t some reviews out there that are obvious attacks on the author, those do need to stop, but my pickle is with the use of groups like STGRB to back up people who have hurt feelings over not getting a shining 5 star review.

I have witnessed some heated debates over what an author should do if they get a review they don’t like on Goodreads or Amazon and it seems that the general consensus is that you should leave the reviewer alone, but if you feel strongly about it, contact the administrators of the site and ask to have it removed.

The instance that has been thrust into the spotlight this morning occurred on Thursday, 30th August 2012 and involved one of the top reviewers on Goodreads for Australia.

I believe that this satirical review of the book, is creative and would have taken some time to craft and it is obviously an attempt at a unique review style. Is it pushing the boundaries – yes. Is it punchy and highlighting a controversial point of the book – yes. This is how Elle became one of the top reviewers on Goodreads, by creating funny, interesting and witty reviews. What it isn’t about, is personally attacking the author (it is clearly not a real interview with the author), nor a slight on Mexican/Hispanic people (merely highlighting one of the foibles of the characters), nor do I believe it is bullying.

Bullying by definition is repeated, aggressive behaviour intended to hurt another person either, mentally, physically or verbally.

END_OF_DOCUMENT_TOKEN_TO_BE_REPLACED 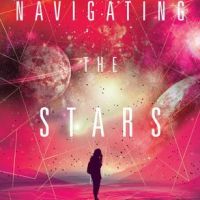