Arjun, a young man, doesn’t know what he wants from life. He seeks spiritual wisdom for seeking the answers and happiness. Arjun realizes that his mind is not pure, so he isn’t worthy of ancient wisdom. Arjun decides to purify his mind so that he becomes worthy of achieving the ancient wisdom and divine powers. This starts the spiritual journey of Arjun. In his quest for ancient wisdom, Arjun meets many wise masters. He seeks answers to various important questions of life from them. With the help of practical examples and small stories, these wise people help Arjun in getting free of common human weaknesses. Arjun goes past his weaknesses and purifies his mind and heart. These teachings from Yoga and Psychology are useful for everyone to resolve the troubles caused by jealousy, ego, attachment, religion and discontentment.

Arjun, in the guidance of various masters and wise friends, learns to overcome his weaknesses. He learns discipline, contentment, and how to go past his ego. He becomes capable of seeing the reality in the midst of all illusions. Arjun becomes aware of the difference between love and attachment. He understands how to bring unconditional happiness in life and see it separate from pleasures. All this training makes his heart pure and mind calm.

Here Arjun represents a modern confused man who wants to achieve the material pleasures and spiritual wisdom both. The readers will relate themselves with the questions of Arjun. Author firmly tells that readers will find the solutions of their own problems too. Be ready to be a part of Arjun’s spiritual journey.

END_OF_DOCUMENT_TOKEN_TO_BE_REPLACED

Synopsis: Exotic locations, sexy men, and crazy crew parties… Ellie has her dream job… or does she?

When Ellie’s fiancé cheats on her with a younger, slimmer, blonde from the office, she boots him out of her life and finds solace in a fabulous photography job aboard a Caribbean cruise ship. Twenty-four hours on board and she’s already shagged her sexy Texan colleague, who happens to love her muffin-top. Unfortunately he’s leaving in a week, and his ex-girlfriend, a hot-headed Brazilian with stripper moves right out of the 90s and a talent for stealing boyfriends, is still on board and out for revenge.

Ellie must work out how to deal with the loco ex, sort the lying scumbags from the good guys, and figure out how many crew members in a cabin it takes before officially becoming group sex. Who the hell knows? (It’s five, actually.) It’s a world completely unlike the one she left behind, but as she tries to find her place on board, Ellie discovers laughter and tears in equal measure. And in the midst of the craziness, she realises the greatest thing this lifestyle change has given her is the chance to rediscover herself. END_OF_DOCUMENT_TOKEN_TO_BE_REPLACED

Synopsis: Set amid the austere beauty of the North Carolina coast, The Notebook begins with the story of Noah Calhoun, a rural Southerner recently returned form the Second World War. Noah is restoring a plantation home to its former glory, and he is haunted by images of the beautiful girl he met fourteen years earlier, a girl he loved like no other. Unable to find her, yet unwilling to forget the summer they spent together, Noah is content to live with only memories…until she unexpectedly returns to his town to see him once again.

Like a puzzle within a puzzle, the story of Noah and Allie is just the beginning. As it unfolds, their tale miraculously becomes something different, with much higher stakes. The result is a deeply moving portrait of love itself, the tender moments and the fundamental changes that affect us all. It is a story of miracles and emotions that will stay with you forever. END_OF_DOCUMENT_TOKEN_TO_BE_REPLACED 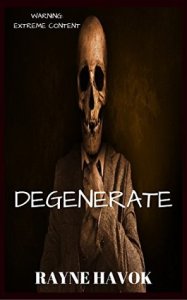 Synopsis: After receiving news of his father’s untimely death Tyler Rydek sets out on a journey back to his childhood home, he learns quickly that he wasn’t the only one keeping secrets in that house.

Bookish Things: 131 pages. The cover is suitably creepy but really has nothing to do with the story. END_OF_DOCUMENT_TOKEN_TO_BE_REPLACED

Synopsis: Lucy King is only an hour away from embarking on the most incredible vacation of her life: White sandy beaches in a tropical paradise, snorkeling and sunbathing in peaceful tranquility. But as Lucy looks forward to her trip, a sinister plot is unfolding that will demolish the world as she knows it. An unknown bioterrorist group unleashes a virus that virtually wipes out the earth’s population—leaving Lucy, and a small faction of survivors, trapped inside her high school to wait out the apocalypse.

As war, looting, and death wreak havoc outside, inside, the students must contend with a tyrannical and paranoid principal and their own struggles of being orphaned, frightened, and unsure of what the future will bring.

What begins as a basic fight for survival turns into a search for answers that will challenge everything Lucy has ever known about her life and her family. END_OF_DOCUMENT_TOKEN_TO_BE_REPLACED

He takes the case, but the investigation goes haywire as he encounters Hell’s Angels, a lost book of Japanese erotica, and a new enemy whose powers may fill the streets of L.A. with blood. He’ll have to us his Carney wits, magic tricks, and a whole lotta charm to make it out of a world that is becoming . . . Hex-Rated. END_OF_DOCUMENT_TOKEN_TO_BE_REPLACED