I stumbled across an interesting article written a couple of years ago about gender bias in writing, characters and, in fact, quite a number of creative aspects.

What do YOU think? Photo Credit

As a contributor to the Australian Women Writers Challenge, I feel this is a very important issue to not only remedy, but discuss widely and openly.

What are your thoughts?

Having done both plotting and pantsing (neither resulting in a finished manuscript), thought this article articulates some great points for the panthers out there.

A pantser’s guide to manuscript revision

Check out this list. Some real gems in there for anyone thinking of self publishing.

Things I Wish I Knew Before Self-Publishing 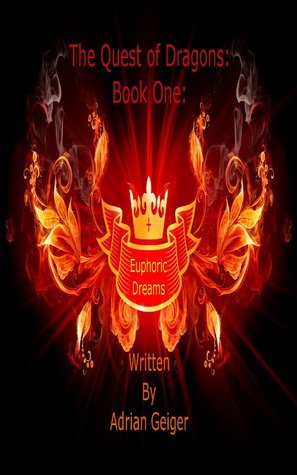 Synopsis: Part one of three of the journey of a man in search of his first love, but ends up propelled on a wild quest. Where he finds love, faces loss and overcomes inevitable odds.

Bookish Things: 42 pages. The Cover is reasonable, but doesn’t tell you much about the book.

The list of issues I encountered in this 42 page story is almost longer than the story itself.

If you are thinking about being a writer, publishing books, please do not do what this author has done, and publish something that is barely but a first draft. EDIT YOUR WORK! Get someone else who is good at writing or editing to look it over.

Worst example of a story I’ve read so far! The only redeeming features, are the fact it was only 42 pages long and the fact that I paid nothing for it!

Issues including overuse of the same word in close sentences:
‘Very well’ is used excessively.
‘Tree, deal, wall, Sapphire’ all repeated too much.

Overwritten text:
‘You will perish a long painful, agonising death.’
There’s only four words too many in that sentence.

Some paragraphs are indented, while others not. This occurs the whole way through the story.

Continuity issues at 82%. The group fled with no supplies yet they unpacked supplies when they arrive at Taisai.

86% – if Taisai is the multicultural hub described when they arrived, why would their presence be unusual?

Check out the winners here: http://aurealisawards.org/2017/04/14/announcing-the-winners-of-the-2016-aurealis-awards/

Thanks to Writings by Ender for the writing prompt: fear.

These characters are from my WIP, yet this situation is unlikely to actually happen in the story. It was a great chance to explore them and the situation though. 🙂

Ash stood in the middle of the shop, his muscles frozen. The crackle of flames grew louder as he stood, uncertain of what to do. His face flooded with sweat, his nostrils stung from the acrid smoke and his eyes burned.

He coughed so hard he was sure his lungs were trying to escape his chest cavity. Trying to leave him too, the gaping hole she’d left behind so vast it swallowed him whole. A can rattled down one of the aisles and he squinted into the haze.

A fist loomed into his vision and connected with his face. His head snapped back and he bit his tongue hard enough to draw blood. His body flung backwards, knocking shelved items in every direction. Ash fell to his knees, his head hung low, a steady stream of blood falling to the shiny floor.

“She was delicious.” Jerry taunted. His voice lingering disembodied in the smoky haze. “I should have taken longer with her. Teased her life from her heaving carcass with delicate precision. Made her suffer greatly.”

Ash lunged out, trying to inflict pain. “Fight me like a man!” His hands met nothing but smoke.

Jerry laughed. “You can’t hurt me.” He threw a can of tomato soup at Ash, the metal can hit him in the chest with a dull thud. “Just like you couldn’t save her.”

Ash trembled, coughed and then a howl of rage erupted from him. He lowered his head to the ground and screamed. “You stole her!” Blood and spittle flew from his mouth. The skin of his face mottled from dozens of bruises, cuts ripped open and fresh trails of blood painted him a grizzly mask of pain and fear.

“Yes I did.” A chuckle stole from Jerry’s mouth. “And there’s nothing you can do about it.” He stalked around Ash’s prone form, removing a pick axe from the shelf. “Except die.”

Jerry swung the axe at Ash’s head, but Ash jerked backwards, the metal spike missing his face by a few centimetres. The pick axe buried itself into the shop floor.

Ash jumped up, turning to Jerry and kicked him in the crotch. Jerry dropped like a sack of shit, his mouth opening and closing like an aggravated goldfish. His lungs forgot how to work and it felt like his guts were trying to climb up his oesophagus.

He leant down and grabbed one of Jerry’s fingers, twisting it the wrong way so hard the bones snapped.

A storm of emotions played across Jerry’s face. Ash grabbed another finger and ripped it back until he heard another delightful pop and Jerry’s hiss of protest.

“I’m gonna slit your throat,” Ash dropped his knee into Jerry’s back. “Hear you squeal like-”

“Just like Hetty did!” Jerry ground out between clenched teeth.

Ash reeled as if he’d been struck, pushing himself back until he sat on his butt on the floor. He dropped his head to his hands and fought to keep his mind in the present.

Even fearing for his life could not shake Hetty’s hold on his mind anymore. He slipped into memories of her. The warmth of her love smothered him. Her shy smile and furtive glances entranced him.

The vision of her broken body seared lashes across his memory and stole his breath.

Jerry forced himself to his feet, a bloody grin splitting his face in two.

“Perhaps you’d like to join her?” He grabbed the broken man before him and dragged him across the shop. “After I’ve had some fun, of course.”