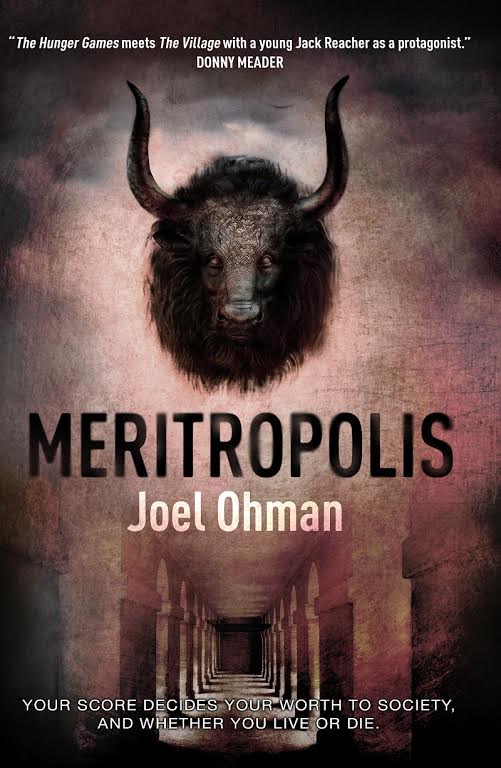 Synopsis: The year is AE3, 3 years after the Event. Within the walls of Meritropolis, 50,000 inhabitants live in fear, ruled by the brutal System that assigns each citizen a merit score that dictates whether they live or die. Those with the highest scores thrive, while those with the lowest are subject to the most unforgiving punishment–to be thrust outside the city gates, thrown to the terrifying hybrid creatures that exist beyond.

But for one High Score, conforming to the System just isn’t an option. Seventeen-year-old Charley has a brother to avenge. And nothing–not even a totalitarian military or dangerous science–is going to stop him.

Where humankind has pushed nature and morals to the extreme, Charley is amongst the chosen few tasked with exploring the boundaries, forcing him to look deep into his very being to discern right from wrong. But as he and his friends learn more about the frightening forces that threaten destruction both without and within the gates, Meritropolis reveals complexities they couldn’t possibly have bargained for… END_OF_DOCUMENT_TOKEN_TO_BE_REPLACED 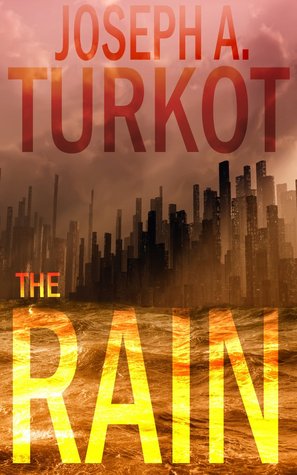 Synopsis: There are a lot of stories about how the rain started.

We have no idea if it’s accurate. But it’s important to think about it, he says, because it reminds us to keep moving. I’m Tanner. Russell plucked me from the rain when I was two.

Fourteen years ago we left Philadelphia. As the water rose, we moved west, hoping the elevation would keep us warm and dry. Pittsburg, Indianapolis, Sioux Falls, Rapid City. Now we’re stranded on the islands in Wyoming. Russell thinks they used to be the Bighorn mountains. But we can’t go back now. There’s no warm and there’s no dry anymore. Just a rumor about a place where it isn’t raining. So we’re going to try to make it—520 miles south to Leadville. But we can’t drift east, the Great Plains have become waterspout alley, a raging tomb of moving water.

Together we push on, surviving, heading to Leadville. But something is wrong with him now. He says it’s nothing. But his breathing doesn’t sound that way.

Exposure, pruned hands, and infection. But since, Rapid City, it’s the face eaters too. And the crack in the canoe that’s growing. And the ice I think I see on the water. Russell thinks it’s my imagination.

We cling to the last strips of the veneer. And each other. END_OF_DOCUMENT_TOKEN_TO_BE_REPLACED

In Meritropolis everyone is assigned a numerical Score that decides their worth to society and whether they live or die. After a young boy is killed because of a low Score, his brother plots to take down the System.

Sounds good, right? Well, this exciting YA Dystopia is on sale for just 99 cents Thursday, November 27 through Monday, December 1. You can pick up your copy on Amazon.

To celebrate, we are offering a giveaway for an autographed copy and a $100 Amazon gift card—hooray!

Check out this interview with Joel Ohman, the author of the book critics are calling, “The Hunger Games meets The Village with a young Jack Reacher as a protagonist”, then scroll to the end of this post to learn more about the giveaway. Happy reading, and good luck!

END_OF_DOCUMENT_TOKEN_TO_BE_REPLACED

Synopsis: Samantha Adkins has spent the last year struggling to survive in a world overrun with zombies. With her father and a small band of survivors, she kept one step ahead of danger.

Until the day Sami is bitten.

Soon the group moves on, leaving Sami’s father Evan to watch his child die of the infection. Yet Sami miraculously recovers, only to realize she is no longer human and must learn to control the new hunger inside her.

Back on the road, Sami and Evan are pushed off course and into an area of the country dubbed the badlands. In a world infested with zombies, Sami and her father quickly discover the walking dead aren’t the only monsters rising. END_OF_DOCUMENT_TOKEN_TO_BE_REPLACED 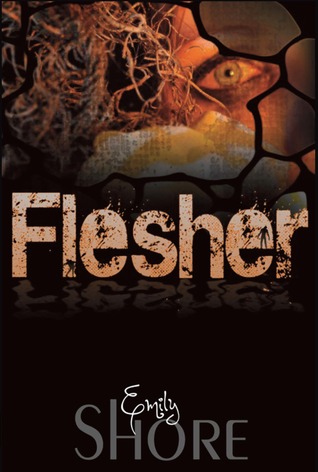 Synopsis: Ashleigh Starr, known as Ash to all but one, carries a dark secret, punishable by a fate worse than death. In an apocalyptic world where humanity has been invaded by a new virus for years, Ash bears the burden of a forbidden love on her shoulders, the forbidden love of one of the Infected, those her people call the Fleshers. Fleshers, unclean beings who are believed to be cursed and punished by their desire to feed on human flesh and blood. Ash spends her days exploring in the abandoned city outside the walls of her village and gathering bandages for the man she loves, the man who becomes a flesher at night only to return to human form at morning. Her only protection from the laws of her village comes from her ability to keep Garrett a secret in her home and from her blood, which is immune to the fleshers’ bite and blood.
But the day Ash is given a treatment for Garrett is when their secret love is threatened by the future leader of her village. With two newfound visitors from the outside, Ash and Garrett escape into the land of the undead seeking a way to turn their treatment into a cure. But they are pursued by Lucius, the bloodthirsty future leader, who vows to have his revenge on Garrett for past wounds. And he won’t stop until he’s killed Ash and felt her immune blood on his hands.

END_OF_DOCUMENT_TOKEN_TO_BE_REPLACED 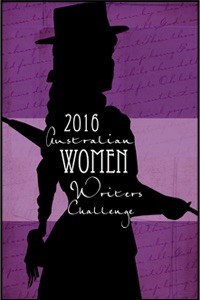