He takes the case, but the investigation goes haywire as he encounters Hell’s Angels, a lost book of Japanese erotica, and a new enemy whose powers may fill the streets of L.A. with blood. He’ll have to us his Carney wits, magic tricks, and a whole lotta charm to make it out of a world that is becoming . . . Hex-Rated.

Bookish Things: 336 pages. The cover is a bit boring, but does go with the tone of the book. This is the first book in the Brimstone Files Series.

The concept of this book is intriguing, and should have kept me voraciously reading this book.

James Brimstone is a strange fellow, I didn’t love or hate him, but I also didn’t connect with him, which ultimately pushed me out of the story. 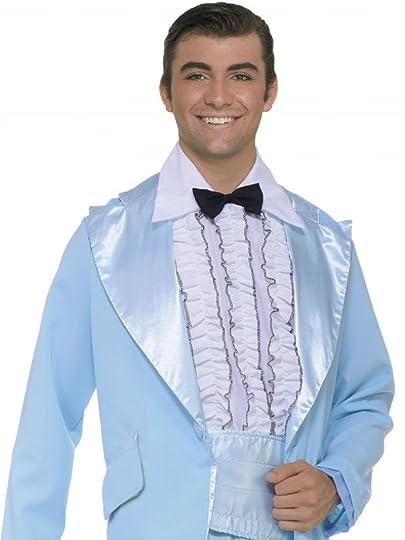 The thing that really irked me was the writing. I found the overly descriptive prose to be tedious and took far longer to read and understand than if the book had’ve been written in plain English.

Brown bags littered the gutters like the corpses of squashed rats. The air fluttered with the launching of a dozen different burger wrappers that danced in and out of traffic like kamikaze birds.

This was an unproofed ARC, I noticed copious errors that need to be corrected before publication.

Overall, an interesting magical idea but the story tries too hard to be groovy and delved too far into kitsch realm to be entertaining.

It might appeal to those who enjoy PI stories who can stomach a hefty layer of cheesiness and a dash of magic and general mayhem. Just not my thing…

**Note: I received an electronic copy of this book through NetGalley in exchange for an honest review.**