Following on from my Good Vs Evil post, I thought I might delve into some of the best hero characters I’ve come across in my reading and why I feel they worked.

One of the many gents who have been likened to Jamie

James or Jamie as he’s commonly known by throughout the series is a classic example of a swoon-worthy lead male while Claire (despite her foibles) is a strong, and positive role-model for the female characters in the series. The couple work together where appropriate, yet, they’re able to be strong on their own too. Don’t get me wrong here, they both have experiences where they do or are part of situations that aren’t entirely holistic, but they actually react to them naturally. I think this is part of why they appeal to me, realism. Both Jamie and Claire are involved in a number of hairy adventures, they’re both tested in various ways, yet they seem to always come through the problems even stronger.

Yes, I know I go on and on about Lindsay’s work, but it truly is a fantastic series. Amaranthe is the protagonist throughout the entire series, even though each book has it’s own second protagonist as we find out more about them. Amaranthe is a strong woman. I’m not talking about physically strong, although she’s obviously very physically fit, *insert smirk while thinking about Sicarius here* she’s mentally astute, albeit a little too enthusiastic when it comes to blowing things up. She’s emotional, but not in a complete wreck way either; she’s able to feel emotion without allowing them to take over or interfere.

Contradictory to the fact that I consider her one of the good guys, Amaranthe’s actually an outlaw and is responsible for numerous deaths herself, she hangs around with a bunch of outlawed men, prize among them is Sicarius who is a wanted assassin with the blood of hundreds on his hands and a reward bounty on his head high enough that would set one up for life, if only they could catch him.

I think this interesting twist of roles is why I like Amaranthe, she’s a good guy, but she’s also a bad guy. Perhaps she’s highlighting the good and bad in all of us?

Esther could also be considered another bad guy… she’s got a secret buried garden. (I think I could be seeing a pattern here…) My fondness of her I think, has stemmed from my immediate comparison to her. She’s a little kooky, far from perfect and even a little self-conscious. I got a very strong feeling of ‘realism’ from her. I could imagine her, hell, I could even imagine myself doing some of the things she found herself doing.

These are just a few examples of great, good characters from just a few of the books I’ve read. There are plenty out there and they’re great for varying reasons too. Some are great because they are angelic and sweet and nice, while others are murderers, criminals and/or have their own issues, and everything in between. I think the underlying reason that they work for me, is that they are realistic, even if they find themselves in a brand new world that is so far removed from our world, or that they’re half wolf, half human. It’s a sense that the reader picks up from the character, an underlying feeling of realness, knowing that their actions, reactions and thoughts could exist is paramount to my enjoyment of the characters.

Who are some of your favourite good guys and why? Share them below in the comments! 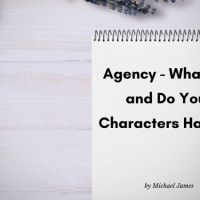